The Aquatic Ape Theory: are we descended from aquatic apes?

I first heard of the Aquatic Ape Hypothesis (AAH) by reading Jack Kruse’s Living an Optimal Life blogs on his epi-paleo Diet.

It seems that this theory is controversial and is totally dismissed in academic circles as being hokum, as the current evolutionary theory is that humans descended in the African savannah. However, there are some supporters that keep the aquatic ape theory alive. These include the writer Elaine Morgan, David Attenborough, Loren Cordain and Jack Kruse.

AAH answers some questions on why we have evolved into the modern human, for example – why are we hairless? Why do we have subcutaneous fat? Why do we walk on two legs?  Why do we have a descended larynx? Why did we grow such a large brain? AAH offers some evolutionary reasons for these human traits.

Returning to Jack Kruse his recent blogs on the brain/ gut have been very interesting and absorbing. He believes that we should be eating at least a 1/2 pound or 225 grams of shellfish, crustaceans and fish. This is because we evolved by the sea and a diet predominately consisting of fish is optimal for our good health. For more information visit Jack’s blog.

Going back to Elaine Morgan on her website you can find more information on AAH she also has a free book you can download called “The Naked Darwinist”.

I came across this Ted talk by the writer Elaine Morgan on her reasons why we should not totally dismiss the aquatic ape Theory.  In this video, she appears to have a great personality and has the audience laughing. This video is really worth watching. Enjoy.

If you are interested in reading more from Elaine Morgan here are 3 of her books that are currently for sale on Amazon.com. 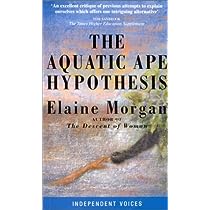 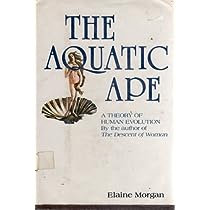 The Aquatic Ape A Theory of Human Evolution [Hardcover] 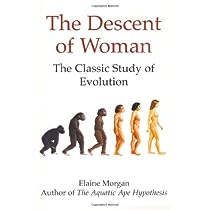 The Descent of Woman: The Classic Study of Evolution [Paperback]

You May Also Enjoy

What Type of Foods are High in Protein?

What Type of Foods are High in Protein? Well, the quick answer is most foods contain protein in varying amounts. The foods with the lowest protein content are pure fats like butter, olive oil and tallow, together with pure sugar sources like sucrose or fructose. However, some foods have a higher ratio of protein compared…

Doctors often remind their patients to come in once a year to undergo a cholesterol test. Many of us just smile and nod, while some do intend to have the test done yearly. But most people either forget or purposely don’t go because they don’t see what the big deal is about having their cholesterol…

Bulletproof MCT oil is a product you can add to your food or bulletproof coffee that is meant to promote fast ketone production to fuel your brain. If you have read the book “The Bulletproof Diet” by Dave Asprey you will no doubt be keen to give his Bulletproof coffee recipe a try. One of his…